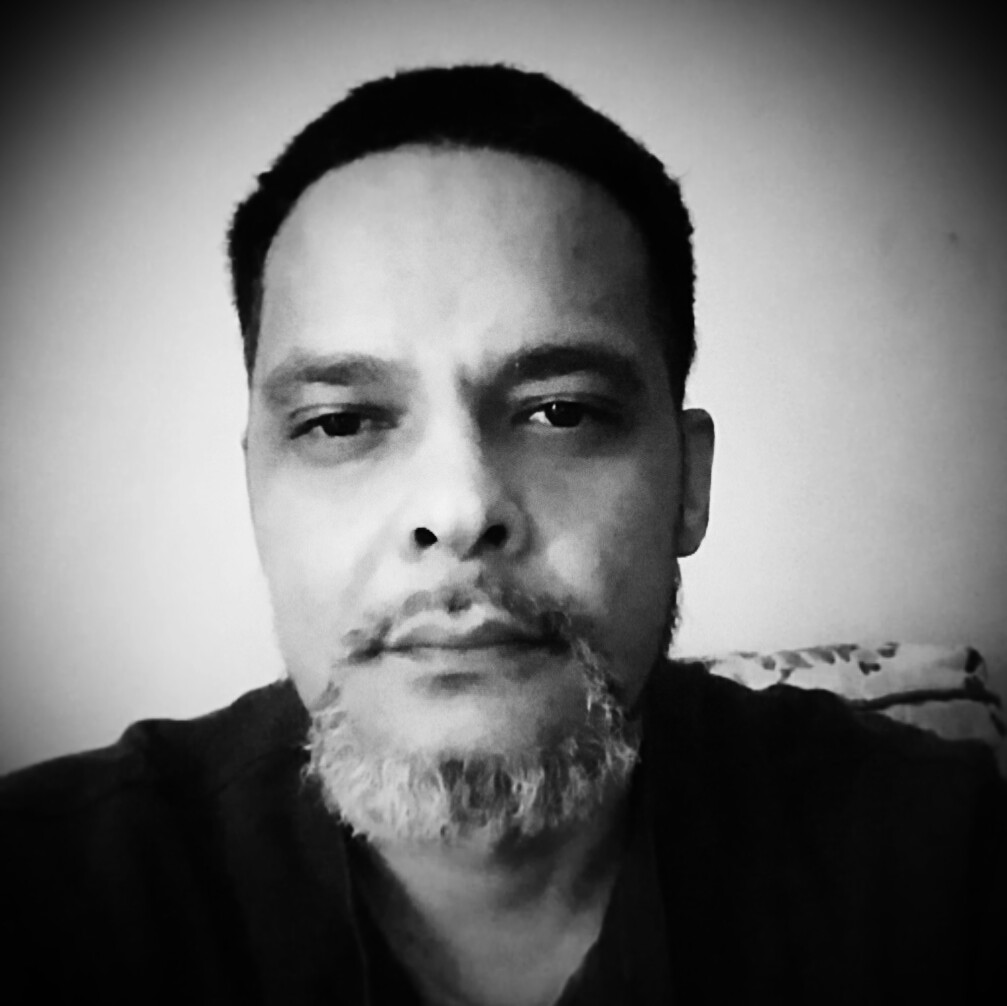 The practice of regulating land use through zoning ordinances has been a part of American society since the early 20th century.  Zoning and other planning practices are often viewed as cumbersome bureaucratic nonsense that needlessly regulates the height of our fences or the width of our houses.  In reality, however, these regulations are the tools for the implementation of public policies that dictate the very make-up of our communities.  As such these seemingly benign set of laws and regulations are, in some respects, a reflection of the collective morality of our society.

The policies involved reflect how we choose to view and live with one another.  At the same time, land-use policies and their implementation through zoning ordinances establish and maintain systems of inequities making them routine.  This way of doing things puts enough steps between the policies and the individual so no one has to discuss the moral implications of land-use policy.  We don’t have to question the morality of policies implemented by the FHA in the mid-20th century that affectively codified racial segregation and excessively burdened the poor.  Instead, the implications of public housing policies are reduced to routine decisions of individually meeting the requirements (i.e. find a single family house in a homogeneous neighborhood) and you can own your own little piece of the American Dream.

<ins class="adsbygoogle" style="display:inline-block;width:468px;height:60px" data-ad-client="ca-pub-5507534082590077" data-ad-slot="1457762742"> (adsbygoogle = window.adsbygoogle || []).push({});
It is by no means as simplistic as the aforementioned example, however.  The individuals are not told the “big picture goals” of such policies; they are just given a set of requirements to meet in order to provide a home for one’s family.  But over time, as slums begin to develop and poverty becomes generational, at that point even the individual has to recognize and examine the issues of its own policies.  As inequities become evident, the individual has to ask some hard questions . . . or not.

According to Dietrich Bonhoeffer government is a divine privilege given to us in order to provide justice and equity.  The state is a combination of the people and the government.  It is only through striving to create a just system that society can reach its highest state in the natural world.  Given this perspective, it would seem incumbent upon us to examine the policies that we implement to make sure they are just.  Add to this the Christian doctrines that are interwoven into our laws and society, and it is almost as if we are required to at least examine our policies.

This examination should begin well before the effects of the policy are realized.  The examination of the morality of a particular policy should begin with the development of the policy.   The part of society that is given the responsibility of developing public policy are the first check that society has in its attempt to establish a government that adheres to its divine mandate to provide a system of justice.  With this in mind, let’s return in particular to early American housing policies.

Over the last several decades, local administration has been regionalized often giving these agencies authority across city boundaries.  This domination of centralized bureaucracies in local governments tends to lead to policies that view the situation from a perspective where investors and planning bureaucrats determine the placement and design of highways, factories, shopping facilities, offices and parks.  This viewpoint often marginalizes the plight of the underserved.  Policies often systematize inequality by setting up bureaucratic structures that favor the welfare of the elite and corporate American with little, if any thought, about the underclass.  This isn’t new however, for as America industrialized in the late 19th and early 20th century, factories built cramp, subpar housing for its workers thus starting the cycle of regions of concentrated urban poverty while railroad companies were allowed to develop land in major metropolitan areas with only profit making in mind.  One of the government’s first attempts at housing policy was the establishment of the Home Owners’ Loan Corporation in 1933.  This was one of the many programs under President Roosevelt’s New Deal policies.

This corporation was tasked with dropping the rate of housing foreclosures by refinancing mortgages for a longer period of time (thirty years).  This agency also developed a system of rating homes that highly valued new construction in homogeneous neighborhoods.  If Jews and blacks moved into a neighborhood that would prevent that neighborhood from receiving a high rating no matter what the quality of the property.  This system was later adopted by the FHA, which replaced the Home Owners’ Loan Corporation in the late 1940s, and this practice became known as “red-lining.”   Surveys of real estate agents during this period showed that in some regions up to 80% of the agents refused to sell property to blacks in white neighborhoods.  These surveys also showed, among other things, that agents were more likely to charge minorities more and banking institutes were less likely to loan to minorities strictly on the bases of race.  Institutionalized actions such as these aid in limiting the chances of minority communities to overcome obstacles by cutting off their access to areas with greater economic opportunity. Along with this, the favoring of new construction almost instantly devalued older neighborhoods because individuals could not qualify for home loans in these areas.

Older neighborhoods were used to herd the lower-income and undesirable parts of society into areas tucked out-of-sight.  America moved to the suburbs as the inner city deteriorated and collapsed.  The reasoning given for these policies were many.  Homogeneity was safer because America was not ready for integration, the development of suburbs helps to grow and sustain industries, and the list goes on and on.  Never was the first, simplest question asked—is this right?  Are these policies going to be just to all parts of society? Is this moral?

The moral implications of this policy did not have to be discussed because the questions were answered on an ethical level.  Because of this . . . I’ll do that.  At this level right and wrong do not have to be addressed.  In essence, returning to Bonhoeffer’s supposition, society is not fulfilling its duty to create a just system of government adhering to a divine morality but is placing itself in the role of divine arbiter.  The developers and administrators of public policy have already made the moral decisions by putting a value on the worth of certain segments of society.  This leaves only the ethical and routine questions of how to best structure those policies.  Then as the manifestation of these policies become evident, society becomes duplicitous in these actions because it fails to ask the moral questions of its actions thereby creating a society based on its own morality instead of a divine morality.

This creates a situation where the lines of right and wrong can be pushed around in order to suit our wants.  Parts of society continually search for means and methods to separate themselves from the masses and to hold themselves apart from the rest.  That is why we must quiet our natural impulses so that we may enter into thoughtful processes that lead to policies that are equitable to all.  A government based on a divine morality causes the individuals in a society to not only consider their personal situation, but those individuals that make up society must also examine the consequences of their individual actions on others.

The underlying Christian tenants that the American system of government is based upon are similar to those of many religions around the world.  At the heart of them all society is asked to love thy neighbor and respect nature.  These theocentric building blocks allow individuals to grow to see the “big picture.”  With this in mind, individuals began to see the importance of their part in the whole.  This leads to the growth and development of an equitable society based on a system of justice with a divinely led government.

This does not mean that if the administrators of the HOLC or FHA had taken this approach they would have created a utopia.  But when people face the tough questions they are often able to adjust and prevent problems from becoming entrenched and almost insurmountable.  Recent housing policies have attempted to ask questions dealing with the equities of the situations created by the implementation of new housing policies.  This hasn’t led to the development of a perfect housing policy but has led to thoughtful initiatives such as mixed-income developments, urban infill programs, and greenspace programs that attempt to answer questions of just and equitable treatment.  As with most plans conceived of mice and man, they rarely go the way they are suppose to.  By keeping our moral compass, however, society can always keep in mind that it really is more about trying to do it right than actually getting it right.

Pioneered in Germany in the 1960s, a modern “living” or “green” roofing system is more than dumping soil on a roof and planting vegetation. These systems are one of the best examples of a green product on the market today.

The consequences of urban sprawl

Various initiatives and programs have been started from coast-to-coast in this country in an attempt to balance out the inequities caused by urban sprawl. At the heart of most of these policies is an attempt to forge a partnership not only between the citizens of a community and the local government, but also to form alliances between various groups of the communities. The formation of such groups also transcends political lines in attempt to break down the barriers that urban sprawl has built.

The federal government allows you to claim a tax credit of up to 30 percent of your costs toward solar electric systems.